In June 2007, Karen Howard, a well-informed amateur botanist, completed the recording and documenting of the plants found in the Park. The outcome was an illustrated document that is currently held for reference purposes by the Park Wardens. It forms the only baseline survey currently available (March 2013).

The plant list is informative in its own right but could also be of useful to Sixth Form students and others interested in the botany of the Park.

For convenience, we have reproduced the list in three forms in both Excel 93-2007 and PDF versions as follows:

Plants by location in the Park - Excel • PDF

The Park Wardens would like to hear from anyone, especially students and academics, who are interested in undertaking further studies of the plant life in the Park.

ARCHIVE OF NEWS
Most of the files are in PDF format. To read them you will need Adobe Reader or similar PDF reader. To get it,

Friends of the Park have planted 3,000 wild daffodil bulbs in memory of Trevor Smith who died in August. The idea came from Trevor himself, who had suggested it to the Friends' Committee earlier in the year. 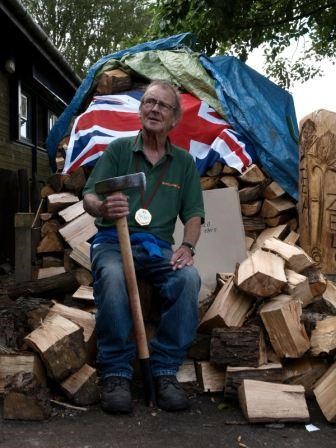 THE NEW BIRD HIDE - AUTUMN 2012
This was the sorry sight that greeted bird watchers after our only bird hide was burnt down through vandalism in the spring. 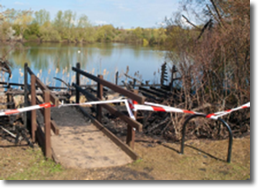 As a result of a funding partnership between the Friends of the Park and Bedford Borough Council £10,000 was raised almost immediately after the fire. Literally within a few weeks, visitors to the Park made up the balance of £5,000 required to build a new and improved hide. 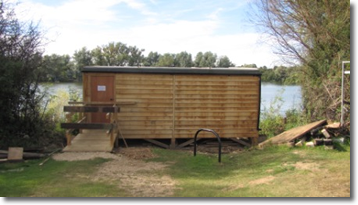 Built from local oak and constructed to a very high standard by Peter Hall, the new hide was opened in September. It is larger than the original and is big enough to hold half a class of Primary School pupils. It is equipped with an access ramp, viewing slots, access points for wheelchairs and identification boards featuring the birds found in the Park during different seasons. In time, it will blend in with the landscape and provide visitors with a valuable facility for years to come.

Thank you to the Friends of the Park, visitors and to Bedford Borough Council who collectively enabled us to restore a much used and appreciated facility.